“Women are like tea bags. You never know how

strong they are until you place them in hot water.”

I think every woman, young and old, can relate to that statement. As women, we have a tendency to try to be everything to everybody. While some may see that as a strength, carrying the burdens of others can weigh us down. God didn’t design us to carry those burdens. Recognizing this doesn’t make us weak women, rather the opposite. It takes great strength and courage to know our limits.

This reminds me of Esther: one who exemplified strength and courage in the midst of uncertainty and even death. You may be familiar with her story. However, I want to focus on details that show us how our lives today relate to the life of Esther. We, too, can walk with great strength and courage.

The Story of Esther

In Esther 1, we read about a king who reigned over 127 provinces stretching from India to Ethiopia. The king held a seven-day banquet for all his officials and summoned his queen. However, Queen Vashti refused to come.

The king asked his advisors for counsel, and they advised him to establish a new law that wives had to honor their husbands. So the King passed a law that every man should rule in his own house.

Consequently, the King divorced Vashti, and in chapter 2, the king selected his new queen. “Then the king’s attendants, who served him, said, ‘Let beautiful young virgins be sought for the king. Let the king appoint overseers in all the provinces of his kingdom that they may gather every beautiful young virgin to the citadel of Susa, to the harem, into the custody of Hegai, the king’s eunuch, who is in charge of the women; and let their cosmetics be given them’” (Esther 2:2–3).

The king appointed agents in each of his 127 provinces to capture the women. That’s a whole lot of young women! The women chosen were considered beautiful if they were young virgins and of a particular nationality. They were taken from their homes against their will, then brought to the king. If they weren’t chosen as queen, they remained in the king’s custody as concubines.

A certain Jew named Mordecai lived in the capital. He adopted his uncle’s daughter Hadassah when her parents were killed. Mordecai told Hadassah, “If you’re taken, you must not tell them you are a Jew. Use a different name: Esther.” So Esther told a premeditated lie, giving a different name and nationality when asked. You see, she didn’t just lie. Esther and her uncle planned her response.

Eventually, Esther gained the king’s favor. “The king loved Esther more than all the women, and she found favor and kindness with him more than all the virgins so that he set the royal crown on her head and made her queen instead of Vashti. Then the king gave a great banquet, Esther’s banquet, for all his princes and his servants; he also made a holiday for the provinces and gave gifts according to the king’s bounty. When the virgins were gathered together the second time, then Mordecai was sitting at the king’s gate. Esther had not yet made known her kindred or her people, even as Mordecai had commanded her; for Esther did what Mordecai told her as she had done when under his care” (Esther 2:17–20).

After Esther became queen, Mordecai was on duty at the king’s gate and heard two of the king’s eunuchs talk about a plot to assassinate the king. Mordecai warned Esther and the king’s officials about the plot, and he was recorded in the book of history because he preserved the king’s life.

The Plot To Destroy The Jews

In chapter 3, the king makes Haman his most powerful official so all would bow to him to show respect. But Mordecai refused to bow. That angered Haman, and he told the king that a certain race of people refused to obey the law of the land and the king should issue a decree to destroy them. However, when Mordecai received the issued law, he sent a message to Esther, asking her to go before the King and plead for their lives.

You can imagine how Esther must have felt. At first Mordecai told her to lie, and then he asked her to tell the truth (Esther 4:10–16). Esther set an example of how to deal with an important matter- to first fast and pray. Fasting and praying helped her to have a clear perspective. She recognized her place and sought God about the correct timing of when to speak.

For Such A Time As This

In chapter 5, we witness Esther’s strength and courage as she goes before the king. Esther 5:1–44 says, “Now it came about on the third day that Esther put on her royal robes and stood in the inner court of the king’s palace in front of the king’s rooms, and the king was sitting on his royal throne in the throne room, opposite the entrance to the palace. When the king saw Esther the queen standing in the court, she obtained favor in his sight; and the king extended to Esther the golden scepter which was in his hand. So Esther came near and touched the top of the scepter.“

Then the king said to her, ‘What is troubling you, Queen Esther? And what is your request? Even to half of the kingdom it shall be given to you.’ Esther said, ‘If it pleases the king, may the king and Haman come this day to the banquet that I have prepared for him.’”

After praying, Esther went boldly and courageously to the throne to speak on matters of importance. Ladies, how can our concerns be taken seriously or how can we be heard if we have something to say about everything? It takes great strength to be quiet and only move when God says to move.

This is a lesson for all of us. When we speak up, is it so that our opinion is heard, or are we speaking up for resolution and reconciliation? Esther gained favor with the king by her presence alone. Why? Because she took care of herself both spiritually and physically.

Could you imagine, if she walked into the court with her hair in a bun, wearing sweats, demanding that she be allowed to talk to the king? As women of God, we must take care of our spiritual and physical bodies. This is what preserves our strength to do all the things God has called us to do. As women, it’s in our nature to rise to occasions. However, the outcome lies in how we rise.

Esther could rise to the occasion because she was spiritually and physically trained so that when an opportunity came, she was ready. Are you prepared to rise to the occasion in your daily life? In the remainder of chapters 5 and 6, we read how Haman schemed to kill Mordecai. But the king ordered Haman to honor Mordecai for saving his life. In chapter 7, Esther prepared a banquet for the king and Haman to plead for the lives of her people.

“Now the king and Haman came to drink wine with Esther the queen. And the king said to Esther on the second day also as they drank their wine at the banquet, ‘What is your petition, Queen Esther? It shall be granted you. And what is your request? Even to half of the kingdom it shall be done.’ Then Queen Esther replied, ‘If I have found favor in your sight, O king, and if it pleases the king, let my life be given me as my petition, and my people as my request; for we have been sold, I and my people, to be destroyed, to be killed and to be annihilated. Now if we had only been sold as slaves, men and women, I would have remained silent, for the trouble would not be commensurate with the annoyance to the king.’ Then King Ahasuerus asked Queen Esther, ‘Who is he, and where is he, who would presume to do thus?’” (Esther 7:1–5).

As the story finishes, the king orders the death of Haman, and Mordecai was appointed as the highest official in the land. Mordecai and Queen Esther declared an annual celebration to be shared with every generation about how the law to kill them backfired. They came together to defend and protect themselves, just like when they came together to fast and pray for Esther’s protection.

The Rewards of Strength And Courage

If there’s anything I want you to learn from the story of Esther, it is this:

What the devil meant for evil, God used for good. (See also Genesis 50:20.) That might sound cliché, but let’s recap the events.

Young girls were taken against their will. Esther and Mordecai planned to tell a lie. Esther married an unbeliever. Haman schemed and plotted to kill Mordecai. Esther broke the law of the land that could have resulted in her death. A law was written to kill an entire nationality of people. All of this was a recipe for disaster. Yet God used every one of those bad circumstances for his good.

God intervened on their behalf, working out the good from man’s mess, and he will do the same for you. You might be thinking, With all the mistakes I’ve made in my life, my marriage or with my children, how in the world can I obtain favor like Queen Esther? Your heavenly Father is saying, “Oh my daughter, what is your request? I will give it to you.”

It doesn’t matter what you’ve done. Your heavenly Father forgives you. He’s sitting on his throne, waiting for you to come to him. Esther obtained favor by her appearance and by the strength and courage she carried, knowing who she was.

That same courage and strength is inside you. You only have to believe in the one who lives in you. 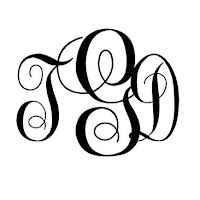 Timberley Gray and her husband, André, do life together as a husband-and-wife team, raising a family, serving as bi-vocational pastors and helping others find the balance in life through their blog, Living Our Priorities. Like many people, they found themselves frustrated trying to balance their faith, family and work. Then they discovered God’s priorities. Once they purposed to live by them, this changed not only their marriage but their lives! Now they find great joy inspiring others to live within the priorities of God.