I guess you could say I'm a Food Nework fanatic.

And over the years, I've had my favorites.  Emeril, Giada, Paula... and how cool is The Pioneer Woman?
But Rachael Ray isn't just about the food, but also about the fun (yes, cooking can be FUN and take less than 30!)  EVOO, Sammies, Stoup, garbage bowls, and fried chicken... yes this chicken deserves a YUM-O! 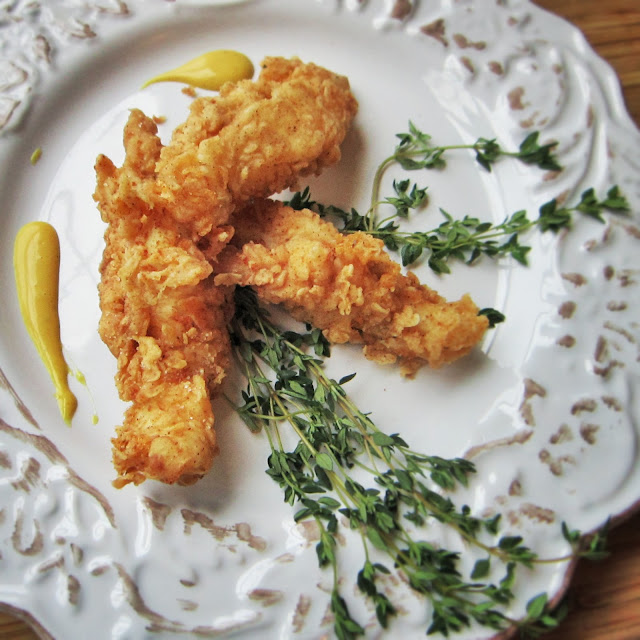 I'll never forget when I read her recipe and it called for Old Bay Seasoning.  Huh?  But, I'm allergic to fish... should I?

Well, did I?  YES! And it had nothing to do with fish, but just the most amazing fried chicken I'd ever had.  Here is my version of crispy chicken tenders, adapted from her inspired recipe and star ingredient. 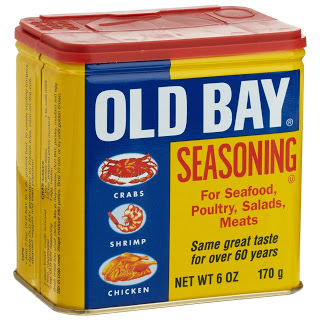 Heat up oil in a large and deep skillet (fill about 1/2 way up).  In a large bowl combine flour and seasonings and set aside.  In a second bowl fill with buttermilk.

Once oil is ready (you can test by dipping in the end of a battered chicken piece and if it sizzles and bubbles it's ready) add in chicken that has been dipped in flour mixture, then buttermilk, then a second time in the flour mixture.  Make sure not to crowd the chicken (I do in two batches).  Fry chicken about 7 minutes on each side, or until cooked through.

Remove chicken with tongs to a paper towel-lined plate to drain and immediately salt to taste.