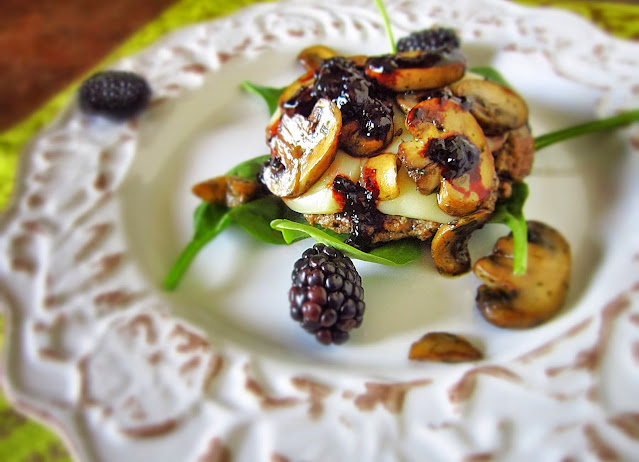 It was the year 2000.  I decided to go back to school, later in life, to finally get my degree in Atmospheric Science...thanks to the influence of my dad, an Aerospace Engineer.  Well, that, and the fact that I secretly dreamed of being on The Weather Channel, some day.

But that dream quickly changed a few weeks in, after I wrote my first article for my news writing class. I was hooked. So hooked, that I wanted to eat, breath and live writing for the rest of my life. And my passion and persistence in learning the writing ropes paid off, eventually landing me the biggest story of the semester. The cover story on Earth Day, for our school newspaper... which, by the way, ended up being a big, fat, flop. OK, so it wasn't bad, or poorly written. It was just dull.

I haven't thought of Earth Day much since, but that article still weighs in the back of my mind. What went wrong? And how did I, along with my Professors, get stuck under the idealistic spell that one article could really change the world? Was I simply thinking too big?

So, our 44th official Earth Day was this week, and it was celebrated by a billion people all over the world, including me. And while I didn't do anything so amazing as to "stop the presses," I do hope that I at least planted a few seeds. I tried to increase awareness that buying organic and natural foods, really can fit into your budget, with my Harris Teeter Super Doubles Challenge. And, thanks to sales at three stores this week, I could bring you a delicious and cost-effective recipe featuring grass-fed beef.

If you haven't tried grass-fed beef, you should. I'll spare you the details on how it helps the environment, while being healthier for you (since you can easily do a search for yourself). And I'll just focus on the taste. Oh, the taste. It's the most flavorful beef I've ever had, while still being lean... not to mention almost no shrinkage when it's cooked.

And when topped with melted cheese, caramelized mushrooms, and the sweet and tart drizzle of the blackberry glaze, you're in for a treat. A $2.13 per serving baby-step-in-honor-of-Earth-Day, treat. 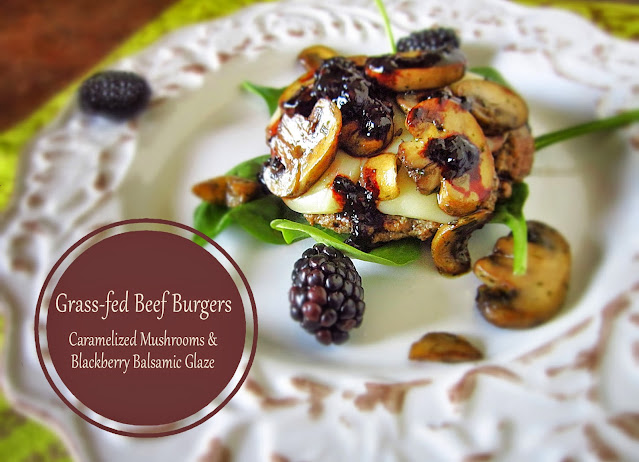 Form 4 patties from the ground beef, salt and pepper them, and pan fry in a greased skillet over high heat until browned. Then turn down heat to med-low to cook through, making sure to not overcook, as this beef is very lean. In the last few minutes, add a slice of cheese to melt.

In the meantime, heat up olive oil in a second skillet and add in the sliced mushrooms. Cook over medium-high heat until the mushrooms start to soften and brown, and then turn the heat down to low. Sprinkle with salt, pepper and seasonings of choice (I used Parisien), and cook over for about 25 minutes, or until the mushrooms are caramelized.

While the mushrooms are cooking, start the glaze. In a heavy saucepan, add in the blackberries, balsamic vinegar, honey, red pepper flakes and a few grinds of pepper. Stir, and then bring to a boil over high heat. Reduce the heat to medium-low, making sure to watch for boil-overs, and allow to reduce to half, smashing the blackberries as they soften, and stirring as needed. Once reduced, set aside.

To assemble, top the burger with mushrooms, and then drizzle with the blackberry glaze.

*Note: all costs are approximate due to regional sale prices, amounts needed just for this specific recipe, and ingredients on hand. This recipe was created to utilize sale ingredients listed for the current week in Raleigh, NC stores. 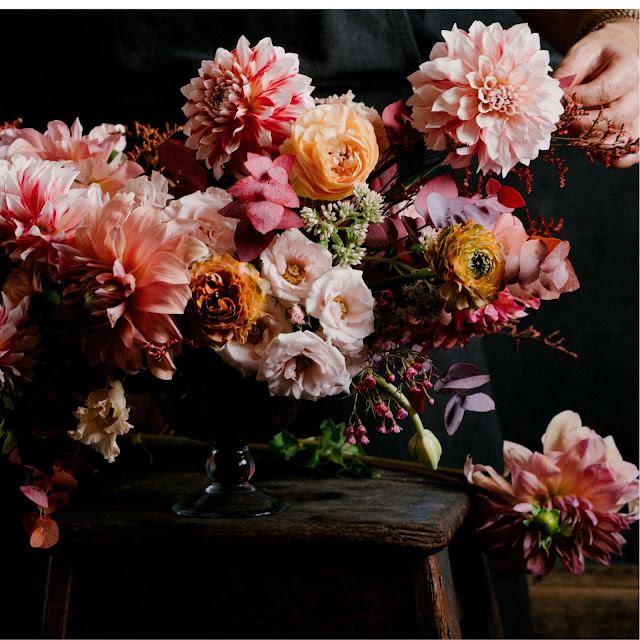