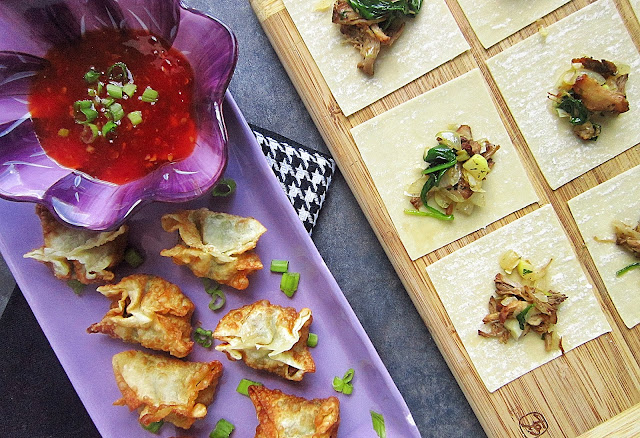 There's something about dumplings.  Little packages of steamed goodness wrapped around meat and veggies...and typically dipped in a sugary, orangy-pink sauce (I'm in love!)

And ever since the Dim Sum scene in Working Girl, I've had a fascination with them... ha ha, you know you had that hair in the '80s, too- even without the steam! 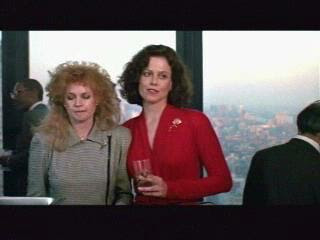 But instead of heading out and buying a steamer today, I boldly decided to just go for it, and FRY them up... with all my favorite flavors.

First I added chopped leeks and sweet onions to some olive oil to caramelize. 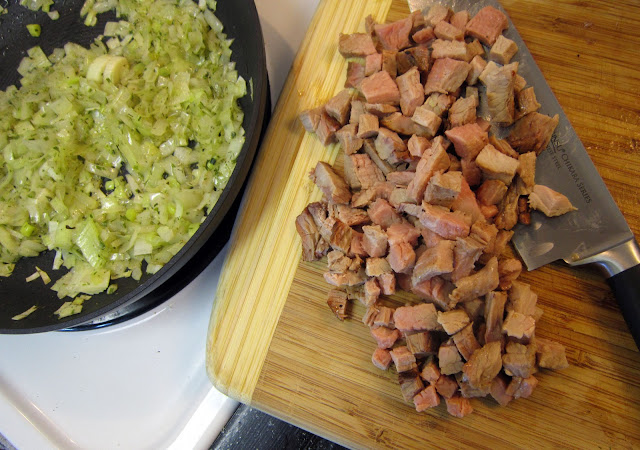 Then I added in some baby spinach... 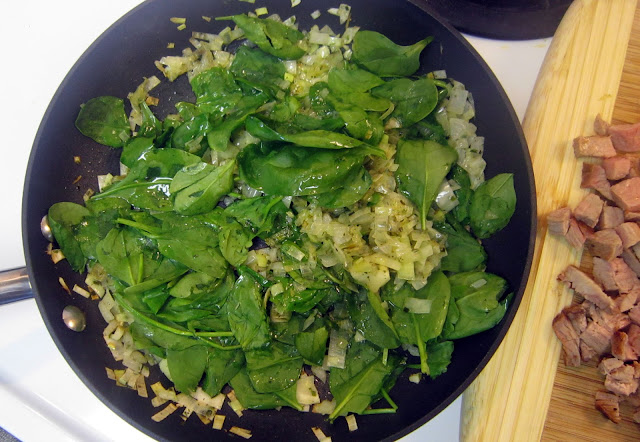 and the leftover Tri-tip that we marinated in lots of yummy Asian flavors and grilled last night... mmmm!  (Plus some herbs and spices like ginger and fresh cilantro along with salt and pepper.)

Next, I added about 2" of canola oil in a large skillet and while it heated up, I placed a few won ton wrappers at a time on my cutting board and spooned on the tri-tip mixture.  (To close them- forget the egg whites.  Just dab on a bit of water around the edges and crimp together before placing in the heated oil.)

Then I fried the dumplings for about a minute, or until very lightly browned and bubbly on the bottom, and removed them to drain on a plate lined with a paper towel. 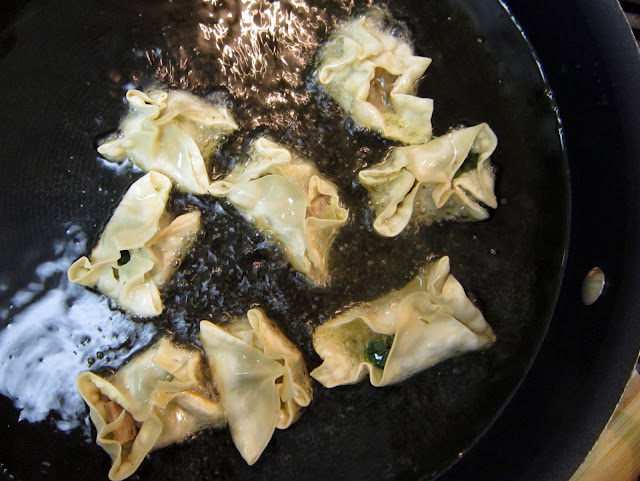 Once cooled, I served them with the most AMAZING sauce that I found at Trader Joes (recommended by the very nice girl with the sign!) 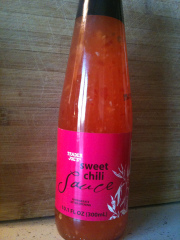 Yes, I got TWO thumbs up... well, one was a paw, but both my boys couldn't believe how tasty these were!  Lucky guy (and dog), for sure... 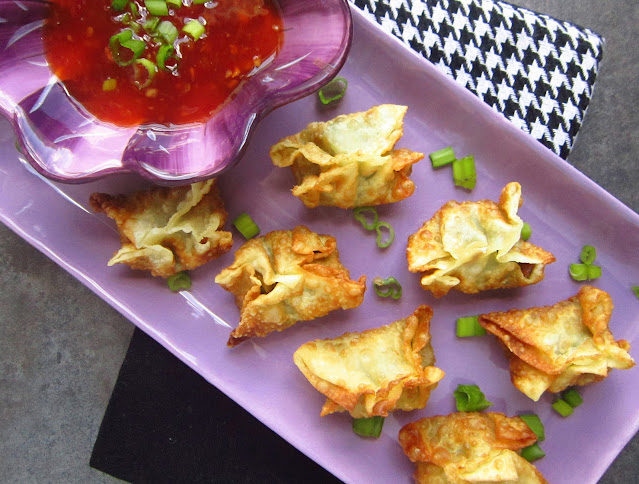 Check out the cookbook Cocktail Food. This recipe was inspired by it, as I figured out how to fry a dumpling from them, but created my own filling.  Their other recipes are amazing as well- so buy the book! 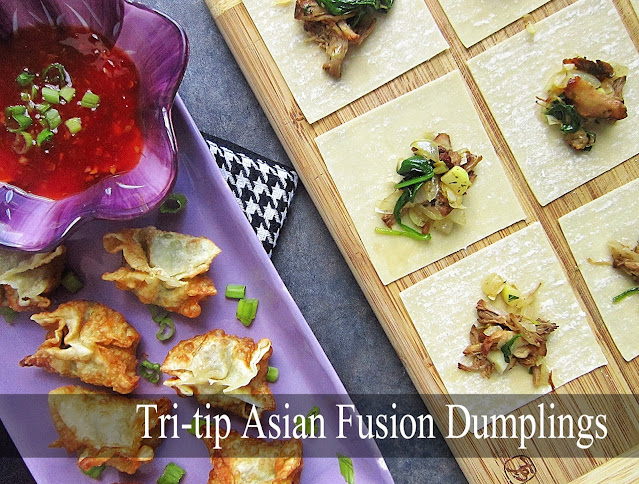 In a small skillet, cook onion and leeks in oil until caramelized.  Add in spinach, tri-tip, spices, salt and pepper and stir fry on med. heat until spinach is wilted.

Place about 1/2 tsp. filling in each won ton wrapper and use your finger to moisten edges of wrappers with water.  Then bring up the four corners and pinch together to make a dumpling.

In the meantime, heat oil in a skillet and once ready, place dumplings in oil and fry for 1-2 minutes until lightly browned on edge.  Using a slotted spoon, remove dumplings to a paper towel-lined plate to drain.

Once cooled, serve with dipping sauce.