Corn Casserole and other Bounties of the South

If it's true that the South is the soul of our Country, then Southern Cuisine must be our heartbeat.

Grits, okra, country ham... and butter.  Pure butter slathered over homemade biscuits with strawberry jam, that is. Things I had never tried, let alone even wanted to, growing up in a health-conscious-before-it's-time Santa Barbara.

And then we got a Southern pastor at our church, who convinced my brother that the best Seminary to attend... was in the South.  And then he married a woman from Biloxi, MS.  Biloxi?  Now, that's the TRUE SOUTH.

And one day when my folks were visiting my sister-in-law in Biloxi, my mom clipped out a recipe from the local paper for Corn Casserole- my second favorite thing that came to our family from the South.
(this would be that corn casserole) 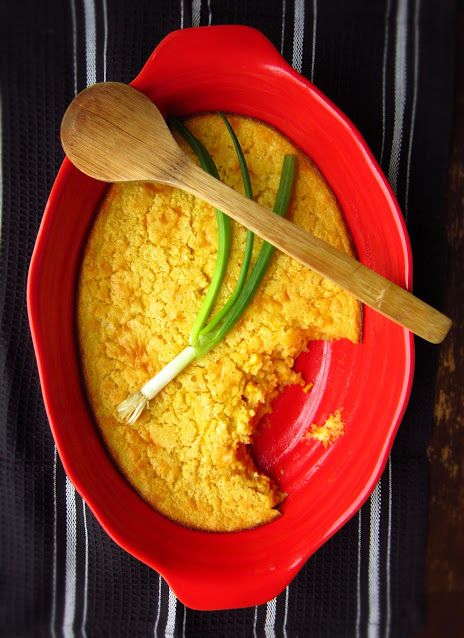 And the first time I read the ingredients, I thought "French Onion Dip?  Must be a Southern thing."
(and I've just been confirmed by a friend from the South, that it is!) 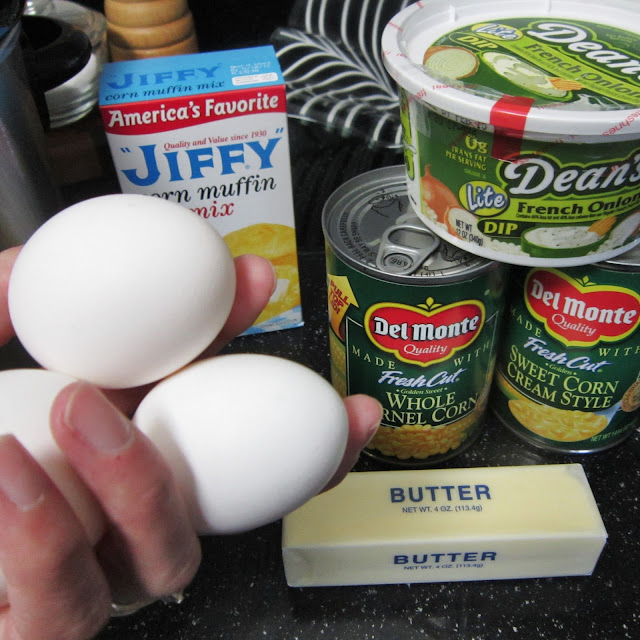 But it was good, so we cooked it at all our holidays, and brought it any time we were asked to bring a covered dish.  And we felt like we were kind of part of the South- we even threw in a few "y'alls," instead of "you guys" here and there.

We gave country music yet another try, and shook our heads even more knowingly after watching movies like Steal Magnolia, Fried Green Tomatoes and Deliverance.

I even wore camo.

So when it came time to retire, my folks ended up moving to the South.  And sure enough, us kids all eventually ended up living there too.  But then my brother and my Biloxi-bred sister-in-law moved to British Columbia.  So they're the only ones of us not living in the South.  Wonder if they have sweet tea in BC.

Even my dog is from the South.

And he loves Corn Casserole too. 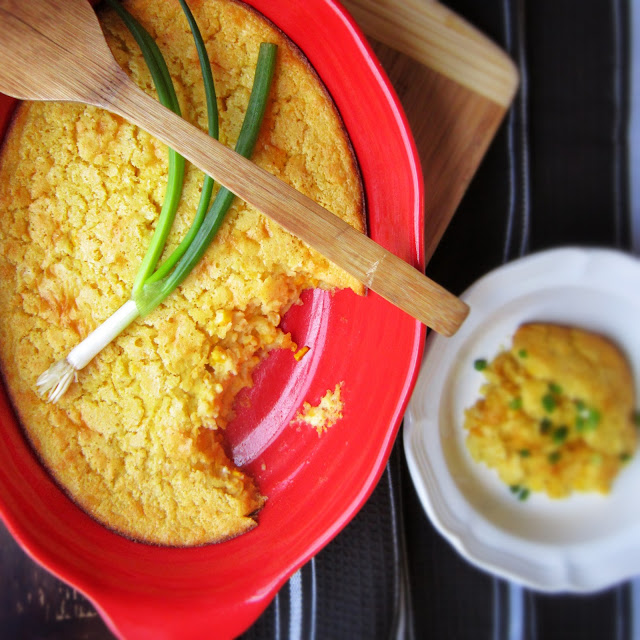 “In the South everybody’s got a story, a long, elaborate, rambling, subordinate-clause-filled, bullsh–it-laced, possibly even entirely made-up story.”

Only in the South.
(and yes, I love the South!)

Mix all together and pour into a greased casserole dish.  Bake at 350 degrees for 45 minutes to an hour depending on the size of the pan used.