Cilantro makes every dish a winner.
And I'm not just saying that like when I root for the other team just to egg on my man a bit more (than normal).  Or to start a cilantro debate, as believe me, in the case of cilantro... there is only black or white.

I simply love it.  And that's that.

I love it's bright flavor, it's sweet, herby smell, how it's pretty shamrock-like leaves adorn my plates and food, and I especially love it in my White Chili. 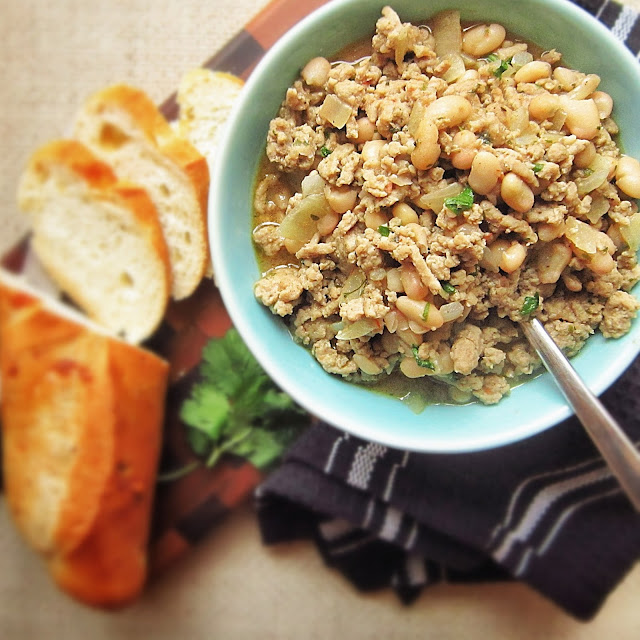 But, this recipe isn't for everyone, especially if you're one of the 11,675 fans of the "I Hate Cilantro" Facebook page... I know!

When it comes to cilantro, there are blogs written against it, cilantro-free restaurant lists, and people all across America turning up their noses at it- and refusing cilantro in their meals.  I've even known of friends who get to feeling physically ill at the very smell of it
.

And while I can't understand it, according to an article in the NY Times, apparently
Cilantro Haters, It's Not Your Fault.

So, for all of us cilantro lovers that I KNOW are out there, this simple and delicious one is for you!

In a large skillet brown the onion and turkey in olive oil.  Add in the rest of the ingredients except the cilantro and bring to a boil.  Reduce heat and simmer for about 10 minutes until warmed through.  At the end stir in the cilantro.