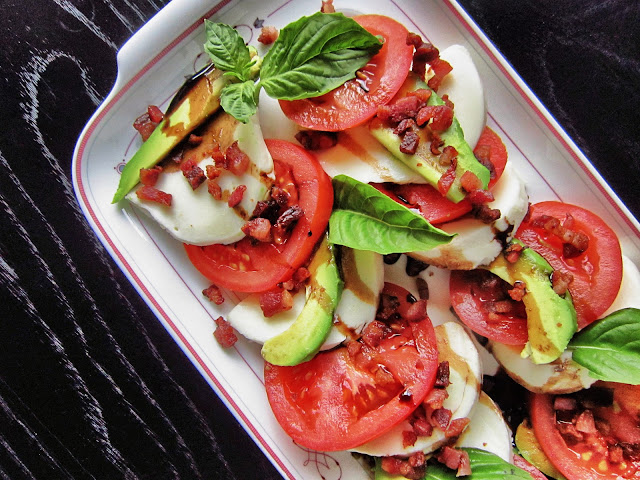 If you could be a salad what kind would you be?

A Bacall Bacon and Blue?  A Cusack Cobb (Joan or John)?  Or how about a Turkey and Tomato Terminator?

It would have to be a Chef Di's Chef Salad- Chicken, Cilantro and a TON of Cheese!

But no matter what your star ingredients, these three salads are a sure way to keep you as fit and fabulous as those famous Hollywood Stars. 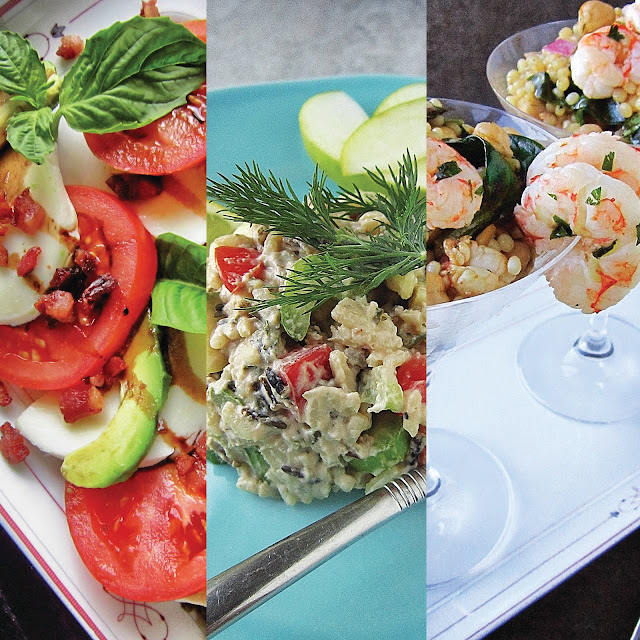 My favorite era.  And a time when salads made their mark, and being named after one was everything.

So, in keeping with the Old Hollywood theme, plus some famously rich stories about growing up in California, here are a few creations named after some of my stars.  All full of flavor, with just enough creativity and boldness for an award-winning plate.

Thinking of California, avocados come to mind.  When my family moved from Los Angeles to Santa Barbara at age 12, we ended up moving to a house with about 40 trees in the front yard- some of which ended up in an Avocado Ice Cream for a 4H event.  We were lucky to live in a development that allowed us to have horses, and I even had a pig that I raised and sold at the fair- blue ribbon winner! To this day I still love avocados (avocado ice cream- not so much)... and bacon (sorry Maynard).﻿

I had just turned 21 and a group of friends were going to check out The Roxy Nightclub in West Hollywood.  I'll never forget... me, walking into the club in a "Pretty in Pink" red and white striped preppy shirt and a white mini.  I even had a red bow in my hair.  Yes, I stood out a bit among the black and all things Gothic.  I kind of looked like this salad.  Man, West Hollywood is wild. 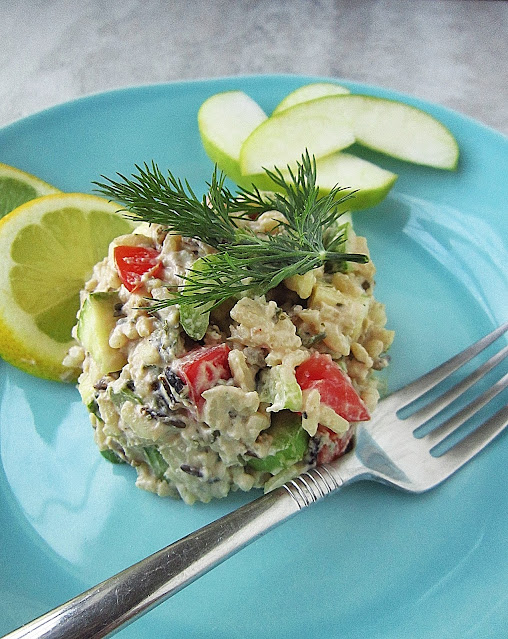 My first real boyfriend- who I later married, worked on the boats from age 11.  Hard for him, as he had to get up at 3am, chum and fillet fish all day, and came home covered in scales.  But good for me, as he always came home with wads of cash.  I was 17 when we started dating and allergic to fish... but not shellfish.  And to this day my best date memories were at Brophy's on the breakwater in Santa Barbara.  Sometimes fried clams, mostly shrimp... 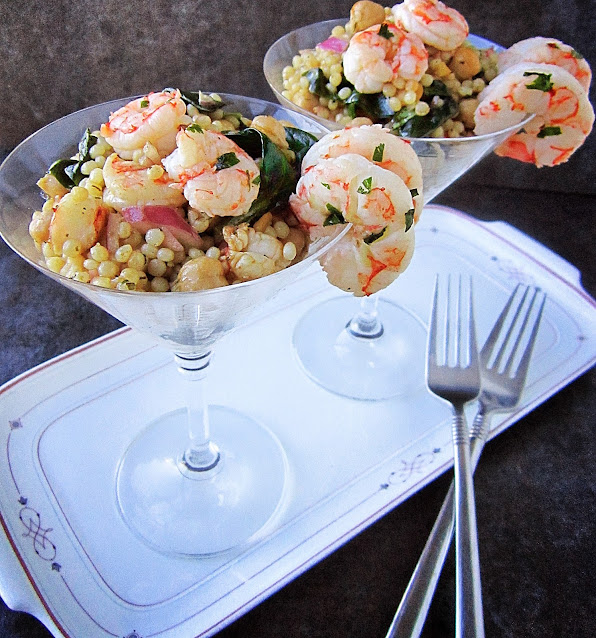 This is the simplest of the three salads.  Just layer together sliced tomato, fresh mozzarella and basil leaves, along with cut avocado and pancetta (I buy it prepackaged and cut into tiny cubes.  Then I simply stick it in the microwave for a few minutes until cooked and crunchy.)

Then top with your favorite Balsamic Glaze or simply drizzle with some balsamic vinegar and olive oil.

Prepare the rice and set it aside to cool.  Once cool, mix all ingredients together in a large bowl and serve.  This is great on its own or stuffed in a pita with extra veggies and lettuce.  It's also wonderful topped with chopped dry roasted peanuts (I couldn't as I'm allergic).

For the Shrimp: Place defrosted shrimp in a bowl and drizzle with olive oil, salt and pepper, 1 tablespoon chopped cilantro and juice from one lime.  Let marinate for at least 30 minutes.  Then place shrimp and liquid into a small skillet and pan fry for a few minutes on each side until just cooked through.  Chop some for the inside of the salad and keep some whole for a garnish.

For the Salad: In a large bowl add the cooked couscous (I do this while the couscous is still warm so it wilts the spinach nicely), garbanzo beans, spinach, red onion, 1 tablespoon Cilantro, 1/4 cup olive oil, the champagne vinegar and balsamic vinegar and cooked shrimp. Season with seasonings of choice, salt and pepper.