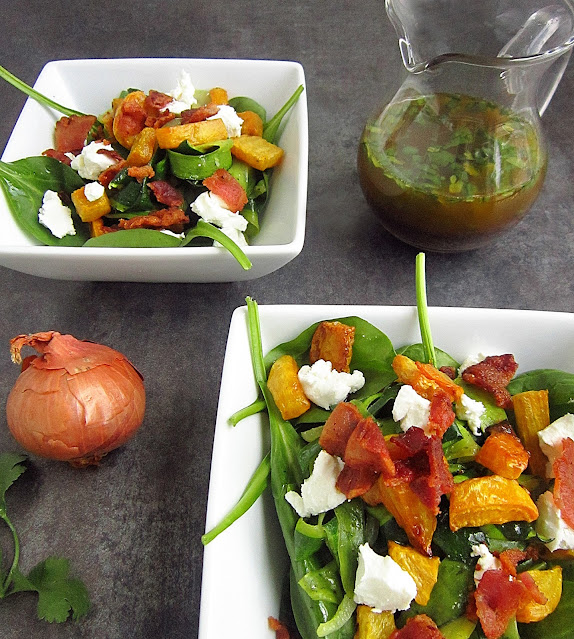 Ever have one of those embarrassing moments that you're sure you'll never live down?

Well, mine happened (almost) on stage.

I was in college, and how the heck did I get a role in The Sound of Music, anyways.  My family sings.  I cook... well, and design.  But sing?  OK, so I made it in the chorus, and actually had a part... thank you "On my Own" from Les Miserables, the song I sang and almost threw up to before, during, and after the audition.  Have you not yet realized, that I'm an introvert?

And if that wasn't bad enough... here's me.  Loreli (the maid) is about to go on stage, opening night.  When the Director (whom I hadn't even been brave enough to speak two words to, since I was cast), grabbed me and pulled me aside not a minute too soon, frantically waving over fellow cast members, and laughing so loudly that the audience must have heard her while pointing at my behind.

I looked around, and yes, after a pre-stage jitters trip to the bathroom, my dress had gotten caught up in my nylons.  And let me tell you in retrospect that, one, thank goodness that thong underwear didn't catch on until years later.  And two, grateful that we were pre-cell phone cameras, Facebook... and other social media.

I can see the YouTube video now... "Wannabe actress makes her first on-stage debut, sporting Granny panties."  And with my luck... it would have gone viral. 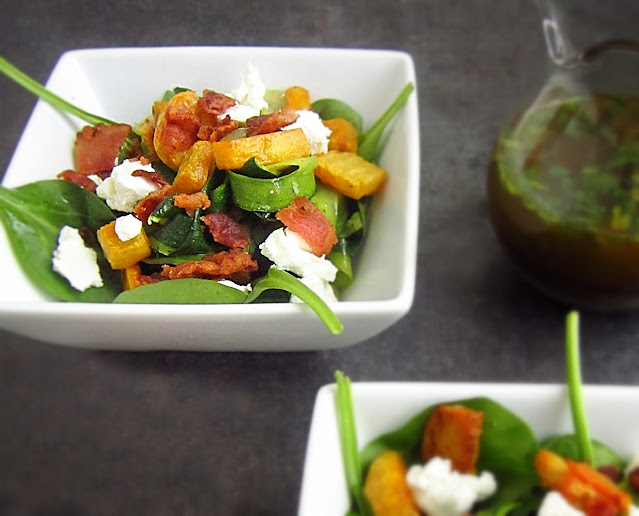 So, what does the stage and Granny panties have to do with this seemingly crazy Spinach Salad combination that I concocted?

Not much, except I will say that it was so darn good, that after the first bite, I was transported to a large grassy field, arms out to the side, twirling and singing, "the hills are alive..."

Seriously, this salad made me sing.  Like, out loud!  No seriously, the actual song from The Sound of Music.

And it will make you sing, too. 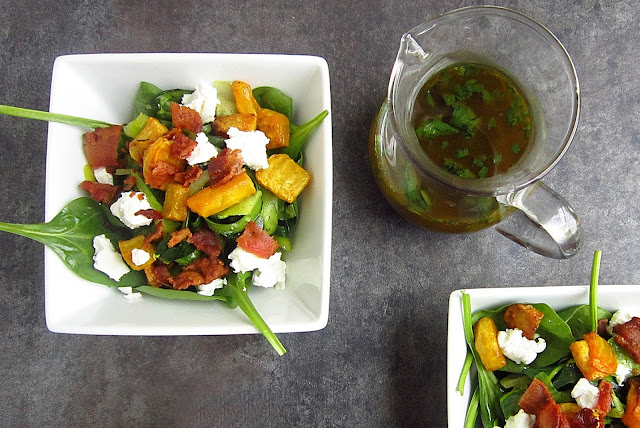 Preheat oven to 400 degrees and place cut up beets on a rimmed cookie sheet.  Drizzle with olive oil and sprinkle with salt.  Roast for around 30 minutes, or until beets are soft inside and golden brown on the outside.  Meanwhile, make the zucchini noodles.  With a vegetable peeler, make long strips, using only the outer dark green part of the zucchini to make noodles.  Place noodles in a medium skillet with oil, add in the shallot slices, seasonings and salt and pepper, and stir fry until softened but not mushy.

In another small skillet, add in 3 slices of bacon and cook until crispy.  Set bacon aside, and make the dressing.  In a medium mixing bowl, add in the leftover bacon grease and enough olive oil to equal 1/2 cup.  Then add in the juice of one orange, balsamic vinegar, salt and pepper.  Whisk together and at the end, add in the chopped cilantro, and one slice of bacon, crumbled.  Check for seasoning.

To assemble the salad, start with a layer of spinach leaves.  Top with the zucchini noodles, then the roasted beets, the 2 leftover slices of bacon, crumbled, and goat cheese as desired.  Pour the hot bacon dressing over all and serve.  Serves 2.